How The %$*^ Can Billy Connelly Help Me

You : The Best Guru, EVER

A few weeks ago, I was on the porch knocking back a Modelo Especialworking and I noticed one of my friends walking up to the front door.

So I eased on down the steps, let him in, and invited him to up to the porch to take in the scenery with me.

He readily agreed so I grabbed us both a couple of Mexico’s finest beers and we took our seats.

But something was wrong. My (normally laid back) buddy was all weirded out.

“Poor bastard’s probably suffering from a beer deficiency”, I thought as I went to grab us a few more.

They didn’t do the trick so I finally asked him what was wrong.

Turned out he’d been disappointed with a recent “Guru” experience.  I’m not talking about spiritual guru stuff here …I mean “get-your-shit-together-in-business” stuff.

That type of Guru.

No, there’s no drama to report …nobody felt ripped off or hosed or anything. It’s just that the relationship didn’t work out as planned and my buddy was bummed.

“I really thought this was the guy who would take me where I want to go”, he said.

And There You Have It …The Root Of The Problem Revealed

See …here’s the deal (and this is what I tried to explain to my friend without sounding all high and mighty):

YOU are the only person who can take you where you want to go. There is no Guru, teacher, mentor, author, speaker, shaman, or whatever who can or will do that for you.

But in the immortal words of Hunter S. Thompson,

“When The Going Gets Weird, The Weird Turn Pro”

And what that means in the context of this little rant is simple:

DON’T FUCK AROUND AND EXPECT SOMEONE ELSE TO SAVE THE DAY.

They won’t. Hell, they can’t! Not even if they want to. Only YOU can.

So whenever you’re considering buying advice, coaching, mentoring, seminar tickets, or whatever – understand this:

They Are All WORTHLESS

…Unless you’re bull-headed enough to immediately put what you learn into action. (And then get right back to work when your first attempts inevitably present some challenges).

And if you’re waiting until you get some big amazing revelation before you actually do something, you’re going to be waiting a long time. There ain’t one.

Well, that’s not entirely true. There is one …but it’s just kind of anti climatic. Here it is:

Some Stuff Works, Some Doesn’t.

And the stuff that’s worked for lots of other people will probably work for you too …if you put in the effort.

See …that’s the key word there.

Let’s juice it up and add the word “educated” to it.

Now we have “educated effort”. And that’s a hell of a thing.

See, with “educated effort”, you can do anything you want.

Add in a little “determination” and you’re damn near unstoppable.

Then throw in a little bump of what my teacher Dan Kennedy calls “stick-to-it-iveness” and you WILL get to where you want to go.

Let’s take a look at the last part of that sentence.

We didn’t say “[INSERT GURU HERE] will get you where you want to go”, did we?

All a Guru can give you is education.

But the fact remains that’s only 25% of what you need.

You still need throw in 25% effort, 25% determination, and 25% sticktoitiveness.

…And that’s the 75% that YOU and ONLY YOU can provide!

YOU are really the only Guru who can EVER get you to where you want to go!

Hell, how much education do you need, anyway?

Imagine a guy wanting to lose weight (ahem). How many books does he need to buy? For the love of God, it’s easy! Put the fork down and walk around for a few hours a day.

Do that for a month or so and you’ll weigh less. (Duh!)

But There’s A Gazillion Dollar Industry

There’s a new diet book every 20 minutes or so it seems.

And the books aren’t the problem. I’m sure they all work if the reader takes the education they just got, adds in a lot of effort, determination, and sticktoitiveness.

But that clearly doesn’t happen. People just keep buying books and gizmos that go unused. Same thing happens in the marketing world. We buy courses and seminars and then jump to the next one …without implementing any of the stuff we just learned.

Because The Short-Term Pain Of Effort Is Often Perceived

To Be Worse Than The Long-Term Pain Of Failure

There it is. The ugly truth.

It’s hard to get out there …try …work like hell … probably hit a few road blocks …and then keep busting ass until you succeed.

It’s a LOT harder (and less fun) than buying the latest “shiny object” and enjoying that temporary mental “high” that comes from the false sense of productivity you get from making the purchase.

But the fact is, the ONLY way you’ll get anywhere is to realize that YOU ARE THE GURU and that ONLY YOU can make it happen.

So if you keep on buying advice without putting forth determined and consistent effort to implement what you’ve learned, you will NOT succeed.

But if you’re willing to endure the short-term discomfort that stems from stepping outside your comfort zone and actually working like crazy for a while, you’ll get to where you want to go.

All the “Gurus” can do for you is give you the car, so to speak. It’s still up to you to get gas and actually drive it.

My Challenge To You

1. Don’t buy any advice this month. Go back and re-read whatever you’ve bought in the past. It’s still good.

2. Turn off the damn computer and write down all the good stuff you learn. On a legal pad. (OLD SCHOOL!).

3. Review those notes and write down every possible action you could take to start making money immediately. Do whatever actions jump out at you. Don’t over think this. Just do it. Life is short.

4. Write a new offer for your products. You’ve probably bought a ton of stuff on writing offers and copy …so dig it out of the closet and put it to use. Nothing happens until something gets sold. So start selling (and quit buying).

5. Take the money you would have spent on whatever new marketing product you were thinking about buying this month (but didn’t) and use that money to drive traffic to your offer.

6. Measure the results of your activity (note the word ACTIVITY!) and tweak accordingly.

Oh – and if you’ve ever looked for a magic formula, that’s pretty much it.

I know because I’ve been at this now for 11 years and I’ve tried everything.

1. See what worked for other people.

3. Adjust according to results.

We’re heading into the 4th quarter and ’tis the season to SELL THE HELL OUT OF YOUR STUFF.

This is the time of year when people love to buy things more than ever …and that means your odds of success are even greater!

Check it out here

And if you are ready to make a start 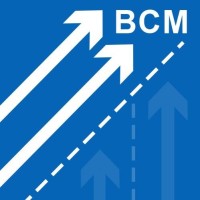